The Year of the Dragon is a chance to start over and see real improvement in our lives. After the past few years of economic challenges, it’s nice to hear there is a ray of hope on the horizon. And it’s not just a sliver of light either. It’s like a giant comet streaking across the sky trailing sparkling crystals that glitter against the night sky. That comet in your mind’s eye? It’s a dragon, a cosmic creature that is associated with heaven, the sky and all the celestial realms.

With our heads looking at the ground and noses to the grindstone for the past few years, it’s hard to imagine that looking up the view will get any better. But it does, I’m happy to tell you. Of course, we have bumps in the road of 2012, but that’s to be expected. The better news is that the reigning star is a type of energy that bestows heavenly assistance from others.

The year reminds me of the old joke about the man in the house that gets a knock on the door and it’s the police telling him that a flood is coming and he needs to get out right away. But he tells the policeman that God will take care of him. A little while later a fireman comes to the house and urges him to leave before the water overtakes his home and the man tells the fireman that God will take care of him. Finally, the man is on top of the roof and a helicopter is lowering a ladder to let the drowning man climb up and instead he says God will take care of him. When the man goes to heaven he asks God why he didn’t save him and God tells him, “Who do you think sent the policeman, fireman, and the helicopter?”

There is heavenly energy and there will be people who will come to your aid – from near and far. The question is: will you reject them or will you accept their assistance? The problem is often not about not getting something we want, the problem is that we often stand in the way of receiving.  We get in our own way even when someone is trying to help us. Vow to yourself that you will not only accept help, you’ll offer it, too, in the year ahead.

One of the best descriptions of this year’s energy actually comes in a book by a good friend of mine, Marc Sachnoff. He has written this very simple tale about how to get what you want in life easily and effortlessly and it’s called The Gift. But that’s the gist: you’ve got to receive to give and you’ve got to give to receive. But what’s important is the order. Many givers are bad receivers. This is especially true of women. We’re natural-born pleasers. Many women have the disease to please and it shuts them off from receiving. It sounds counterintuitive, but The Gift explains this clearly. Work more on being a gracious, open receiver.

In 2012, money takes a hit. Investments and accumulated wealth hosts the Five Yellow. This is a time to get your financial house in order. If you don’t regularly check on your portfolio, investments, bank statements and taxes, it will come back to bite you. The southeast wealth corner is a wood sector, so it will help to dampen the effects, but if you don’t take precautions, it could cost you a lot.

This is also the corner that relates to the oldest daughter. Teen girls need to be careful this year. If your house faces southeast or your sleep in the southeast or work in the southeast sector, you’re under a stronger influence. Keep tabs on your health and don’t engage in risky activities like parachute jumping. If you rollerblade, wear pads.

But remember, wealth is just one kind of money. There’s accumulated money (southeast wealth sector) and generating money (north sector). There’s also opportunity money. I’ll explain more in a moment. In the sector of generating income, which relates to the north career sector, the news isn’t good either. It’s hosting the Black 2 illness star this year. That means that income could be affected by illness and there are financial implications too.

It also could very likely mean there will be limitations placed on your career. Think of the Black 2 as a giant boulder in the middle of the road. It doesn’t stop you from going where you need to go, it just might delay you or cause you to find a detour. That’s what could happen with careers. You think you’re headed in one direction and you take a sharp turn in another direction. And that’s not always a bad thing. In fact, it’s often a good thing in disguise.

The Black 2 presence could also mean limitations on income, such as commissions, bonuses and payments. You may find that you don’t get a raise this year or take a cutback of some type. These are just some of the possibilities of scenarios, but I did promise you some good news.

Directly opposite the north Black 2 star position is the White 1 star. Think of this as two giant titans squaring off because these are the elements of water and big earth – mountains and ocean. Who would win?  I bet on the water every time. What this White 1 star means is that your friends, literally and figuratively, have your back next year. Not only that, but there’s a good chance there could be a glittering opportunity that comes directly from a friend. Don’t dismiss your friends this year; they might just be offering you a gold mine for a little digging.

Look for ways to grow through people you know – that’s the networking vs. not working concept.

Here’s the other shoe dropping for 2012: relationships. The 3 Jade star is headed to the southwest sector of women, relationships and love. If you’re crankier, more tired and snippier than usual this year, then you know why. Big Wood (men) is visiting Big Earth (women) and it’s the feng shui fight equivalent to Mothra vs. Godzilla. I’ll let you decide who is who. But what I can tell you is that if you had relationship problems last year with small wood visiting, this is the year it all comes to a head. If you were working through problems last year, and many of you were, this could be the year when you call it quits.

Is that what you want to do? If not, and you want to work on your relationship, get counseling and seek out help. Or, make the call and end the relationship. Either way, make a move. The 3 star causes fighting and arguments. For women, it also causes crushing fatigue and exhaustion and will create problems with the stomach region such as digestion and the female-famous gallbladder problems.

Make sure you take vitamins, eat right, get some sunshine and exercise and plan for down time. I talk about this every year but it’s truer than ever.  On the plus, side the three star could cause you to stretch and grow …and remember when you were a kid, the pains in your legs and arms when you were growing? It will be uncomfortable at times this year, but if things are moving head, just know that it’s “growing pains.”

For both men and women, red is the color of the year.

Men are hosting the 7 Red star and it causes deception and fraud, potentially violence. Men should be wary of credit card fraud, deceptive people, particularly men who live far away from them. Business proposals should be tightly written and reviewed by a lawyer. Women should also be on the lookout for “Mr. Smooth Talker” too. Get background checks and play it safe!

Who has the best energies this year?

In the list of all the directions, the east and west facing houses have the very best energies with a beautiful array of energies running from front to back in their homes. This is fabulous news, especially after last year! Better still? Houses whose front doors open in the center sector of the house. You’re in for some amazing news – like windfalls, heavenly people coming to assist you, and beautiful surprises. Careful not to overwork, though. South facing houses have difficulties because of the 3 Killings energies at the front (but the 1 star helps this) and the Black 2 at the back door.

These houses should be careful and keep the back portion of the house quiet. The southwest and northeast houses will fare alright in 2012, but the southeast and northwest houses need to take precautions. The Chart of the Annual Energies explains how to handle the 5 Yellow and Grand Duke Jupiter (at the Southeast houses) and the Red 7 Star (at the Northwest houses). These are some of the most difficult energies of the year.  As a reminder, my book, 2012 Feng Shui Forecast, Year of the Dragon has in depth details of each house facing direction. 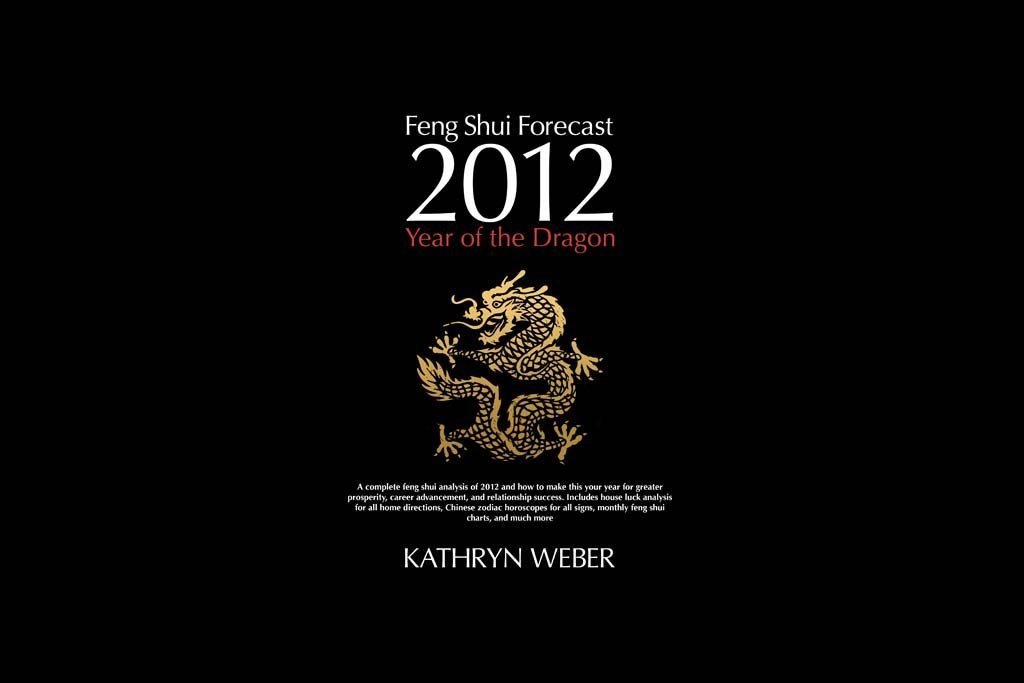 For full and expansive details on 2012, the Year of the Tiger, be sure to check out my book, 2012 Feng Shui Forecast, Year of the Dragon. It’s a bargain at only $19.99 and has all the details specific to your house, zodiac sign, contains lots of great free online tools, too.

Get this year’s flying star monthly reminders and the recorded teleseminar.