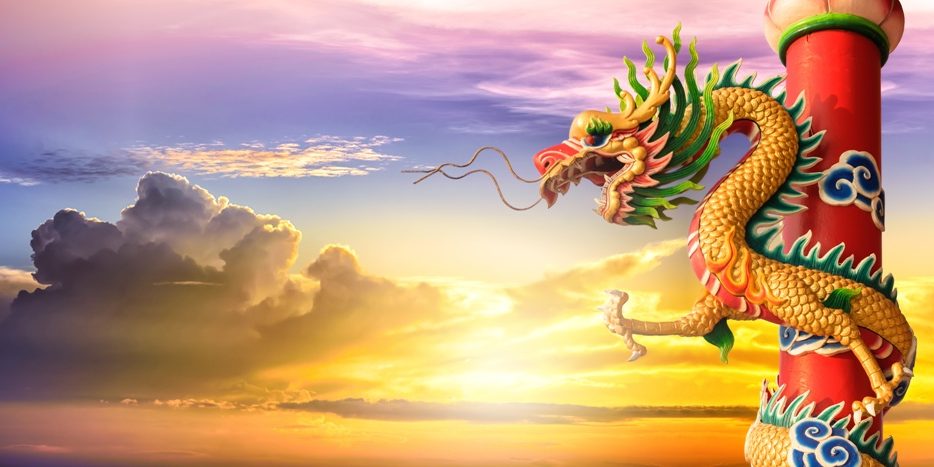 The dragon is a mythical and much beloved symbol in China. The powerful dragon can be seen adorning everything from walls and sculptures to chopsticks and fabrics. A dragon is one of the earliest symbols of male, yang energy and fertility.

Unlike the fearsome creatures of western literature, Chinese dragons are endearing and good-natured rather than ferocious or threatening. They’re also a symbol of great power and were often used to symbolically represent the emperors.

With the dragon sitting at the southeast in the zodiac wheel, it is associated with sunrise, the period between spring and summer when rains are most abundant and with growth, fertility and growth. In ancient beliefs, dragons were something to be feared, like the dreaded Smaug in the film series, The Hobbit. 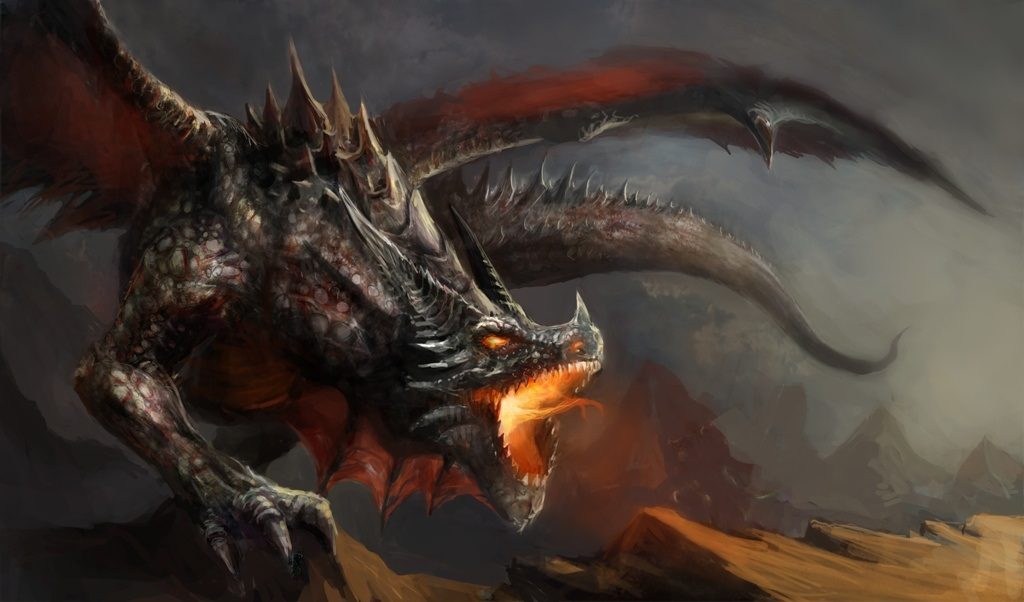 Today, Dragons are portrayed in TV with one of the most famous being the TV show Merlin, and more recently, Game of Thrones. These dragons were fair, fierce and used to bring peace with their power. While reviled in the past, today’s view of dragons has been changing as something powerful and used as a force for good.

The dragon is many times portrayed chasing the cosmic pearl. This pearl represents the feminine and thunder, which brings rains. Dragons are beautiful symbols of new growth, vitality, and are believed to bring strong regenerative powers. Although the earliest symbol of dragons were shown with the white tiger of the west, which represented yin, or female energy, the dragon is typically shown with a phoenix to represent masculine and feminine energies, or the conjugal state. 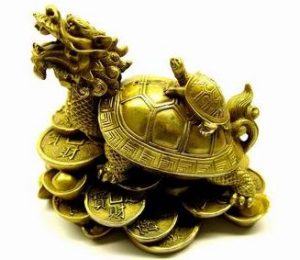 The dragon also has a wide family circle. In addition to the standard dragon, there are also dragon tortoises (a favorite of businessmen and those who like making money!), a hybrid of the dragon and tortoise. This animal possesses all the strengths of the dragon and represents imminent news regarding career and business. They are often portrayed with a baby on their backs to represent descendant’s luck. Place behind you at work for great support or in the east, but not directly in front of you. 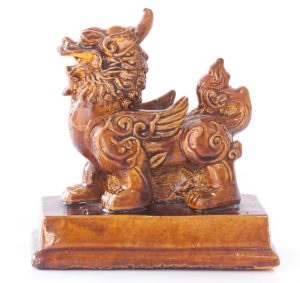 The pi yao is another dragon family member. As the ninth son of a dragon, this fearsome creature possesses the strength of the Asian dragons and the ferociousness of the western dragon. The Pi Yao is a protective heavenly creature. He is often mistaken for a fu dog or chi lin, but he has a specific role in Chinese symbolism and feng shui.

With his single horn, lion face, wings and tail, the pi yao is designed to protect wealth. This makes him a favorite symbol of businessmen and merchants. The pi yao also subdues the Grand Duke and should be positioned to face him. To protect wealth, the pi yao swallows wealth and never expels it, thus he is the protector of accumulated wealth and brings windfall luck, driving away evil and protecting the home and its owner.

The number nine and dragons?

Yes, dragons are represented by the ultimate power of 3, which is 3 squared, or shown as multiplication 3×3=9. There are many types of dragons and are often represented with the number 9, a symbol of male vigor and fertility. Longans, a type of pinkish-red fruit, are said to symbolize a dragon’s eyes. The term in Chinese for dragon is long. A section of Hong Kong, called Kowloon, means town of the nine dragons. Each of the nine dragons brings a different type of energy and luck to Kowloon and to Hong Kong.

In feng shui, it’s important to include the dragon as part of your observance. Displaying a dragon, especially in the east, will energize the house and the family, bringing strength and vitality to everyone who resides there. The dragon is a widely recognized symbol of both success and protection.

The dragon’s image inspires radiant health, financial abundance, longevity and empowers the entire household, and in particular, the male members and patriarch of the family. Display the dragon and his other family members in your home to give you growth, vitality and success (dragon), good news about business and career opportunities (dragon tortoise) and to protect your assets and watch over your wealth, display a pi yao.

Empower your life with dragon power 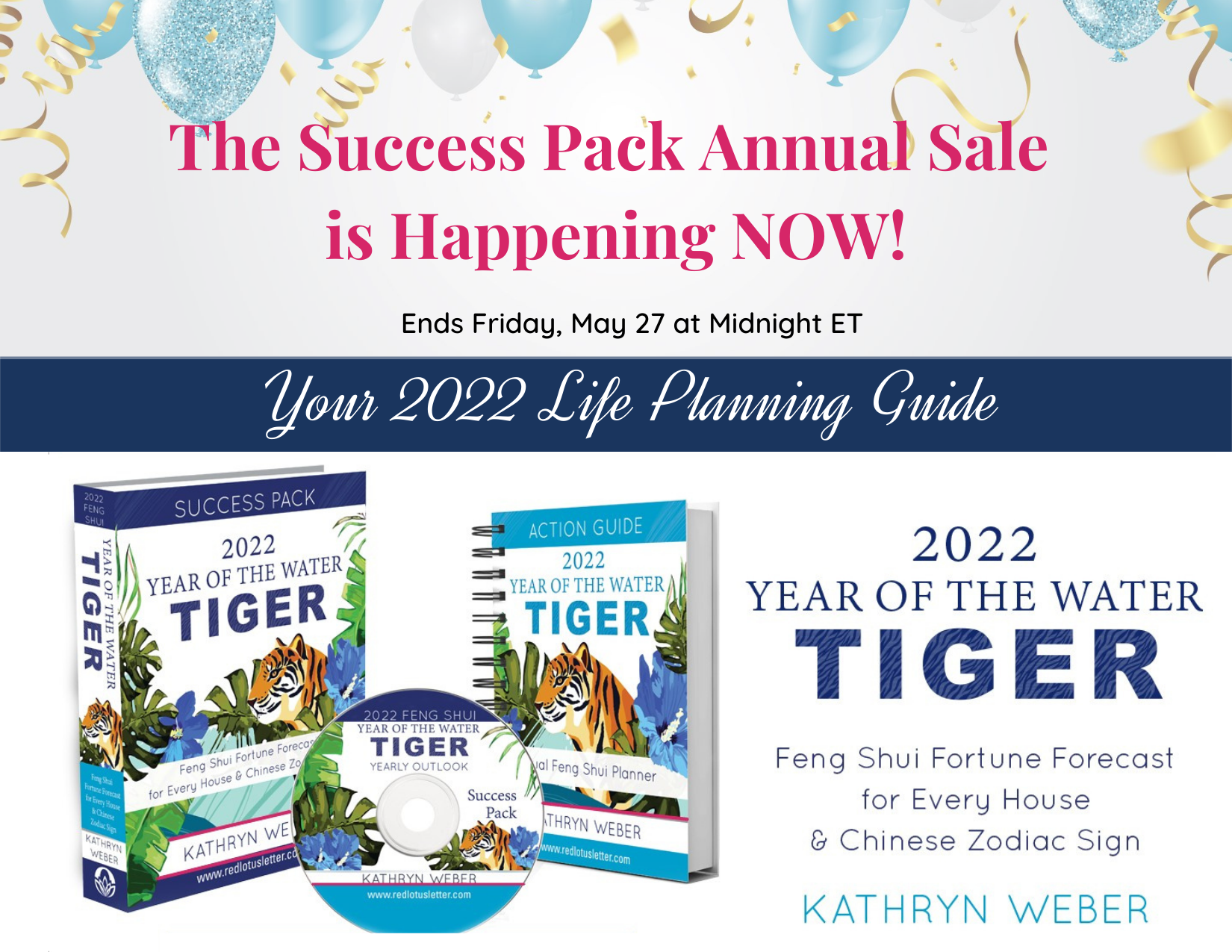