Feng Shui and Beams Over Your Head, Your Door or Your Bed 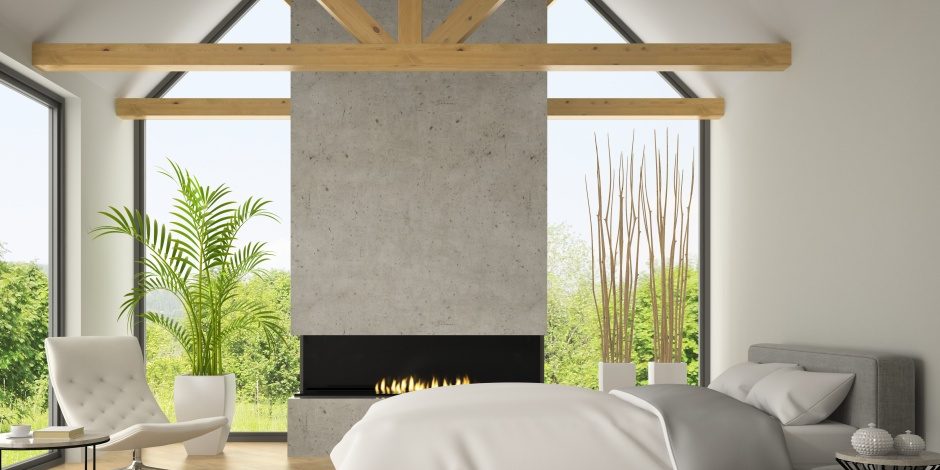 Many feng shui consultants and experts write about beams and how harmful they are in the feng shui of your home or office. And, while beams are problematic, there are so many homes in the US and abroad that have beams in their architecture, making them a common design feature. So what can be done about them – and are they always harmful?

The answer, as it so often is in feng shui, is that it depends.

That’s the same story for much of feng shui, like bathrooms and kitchen, and that’s why feng shui is frequently referred to as the “art of placement.” And the placement of certain elements is what can render something beautiful or helpful – or make it troublesome.

Follow these tips and guidelines for understanding beams and their placement.

A critical placement of beams, and in fact, all elements of feng shui is most important at the front door. The door is the mouth of chi and influences the type and quality of energy that enters your home.

When there is a beam over the door, this can create undue pressure and emotional stress, which can often result in financial difficulties, low growth or advancement. The worst beams over the door? The ones that form an arrow. These can be outright dangerous.

In general, no, but a white beam that blends in with a white ceiling is preferred, but even that can be oppressive. Obviously, a strong color such as wood, red color, black, etc., will have more effect, and depending on the sector where the beam is, it can influence that sector’s body part, person or aspiration, such as recognition or career.

Beams over the bed.

This is never a good placement, especially when they’re directly over the bed. The beams will press on the occupants of a room while sleeping, when you are at your most vulnerable. This can create problems ranging from health and finances to relationship difficulties, headaches or body pains. Beams that cut across the bed are worse, but that doesn’t make vertical beams much better.

To remedy beams in the bedroom, it’s a good idea to sleep under a canopy bed. Canopy beds are excellent feng shui because of their protective qualities. Not only that, but they are extremely romantic.

Beams over your head can create stress and emotional difficulties.

When beams are over your head, whether that’s in bed, at your desk or while sitting in a chair or sofa, the effect of the beam’s pressure can create a mind that’s always spinning, headaches, migraines or sinus problems. Not only that, but beams overhead can result in emotional stress like worry, despondency, and inability to make decisions.

The remedy is to move the bed, sofa or chair out from under the beam. If that’s not possible, adding a pair of feng shui flutes pointing up will help lift the energy of the beams so they are not so oppressive.

Not all beams aren’t problematic.

Beams are beautiful in architecture. From classical cathedrals to log cabins, beams are beautifying and add heft and grand style to rooms. As long as they aren’t directly overhead where you sit or sleep for extended periods of time, beams are a wonderful addition to a home’s look.

It’s when they symbolically cleave a couple in half (see image below center) or a body in bed while sleeping that beams become troublesome, or are directly overhead where you spend many hours that can make the beams go from decorative to destructive. 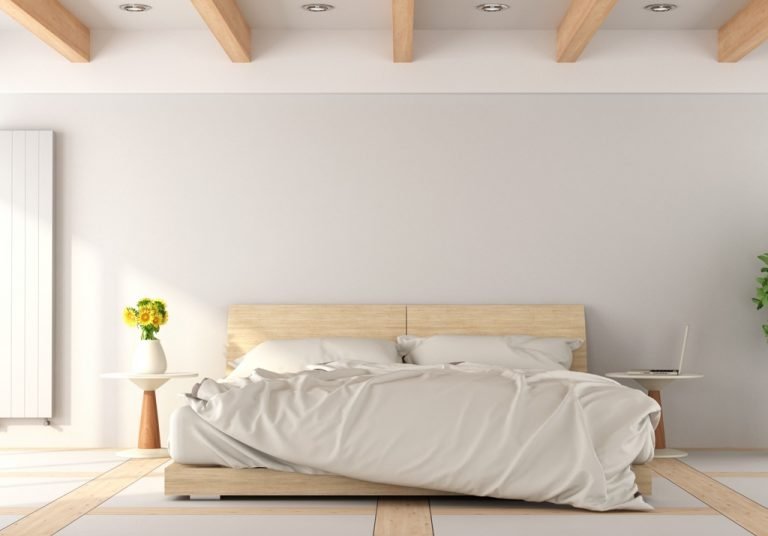 There are some beams that are much more harmful than others. These are the beams that are designed in such a way that they appear as arrows. Not only is this harmful, it is especially destructive, particularly if it’s over the door. If there is any kind of beam that appears to be pointing down and it’s over your door, check to see if the beam is structural or decorative. If it’s decorative, remove it. If it’s colored, like the red downward pointing arrows that were installed a year before Kmart went bankrupt, it’s even more potent.

If your beam(s) can’t be moved, placing lighting at the base of the beam and angling it at the beam will symbolically burn it up. If the beam is in your bedroom, a canopy bed or a fabric canopy over the bed will handle the energy nicely. Lastly, feng shui flutes will handle the beam energy. Hang them the way shown here.

Planning to go on a trip? 😍 These Feng Shui travelling tips will definitely help you make it more excited 👇Travel Rituals for Pleasure. For travel to the,🛫 South: drink one glass of water or wash your hands before leaving the house🗻 SW or NE: Carry a cowrie shell for protection or tie a red ribbon on the handle of your suitcase for protection while traveling, or display a conch shell in the NW for more travel luck. I think those would be good to add and something people would likely do🧭 W or NW: Light a candle (red is best) or some incense, pointing them in the direction of your travel💕 E or SE: Ring a bell six or seven times in the direction you are traveling just before you leave🏄‍♀️ N: Put dirt in a small cup and throw it in the direction of north. You can also point a quartz crystal in this directionRead in detail at redlotusletter.com/travel-feng-shui-brings-luck-and-protection/#redlotusletter #fengshuitips #fengshuikatie #fengshuilifestyle #fengshuiliving #fengshuiyourlife #fengshuiconsultant #fengshui #watertiger #lifestyle #positivevibes #positivelife #positivity #positivelifestyle #lifestyletips #ImproveLife #life #tips #traveltipsandtricks #traveltips #travel #travelingram #travelblogger #traveladdict #travelawesome #traveldiaries #travellife #travelmore #travelgram #travelgoals #traveling #travelling #travelbloggers #travelporn #traveltheworld ... See MoreSee Less