Feng Shui, Your Stove, and Your Kitchen God 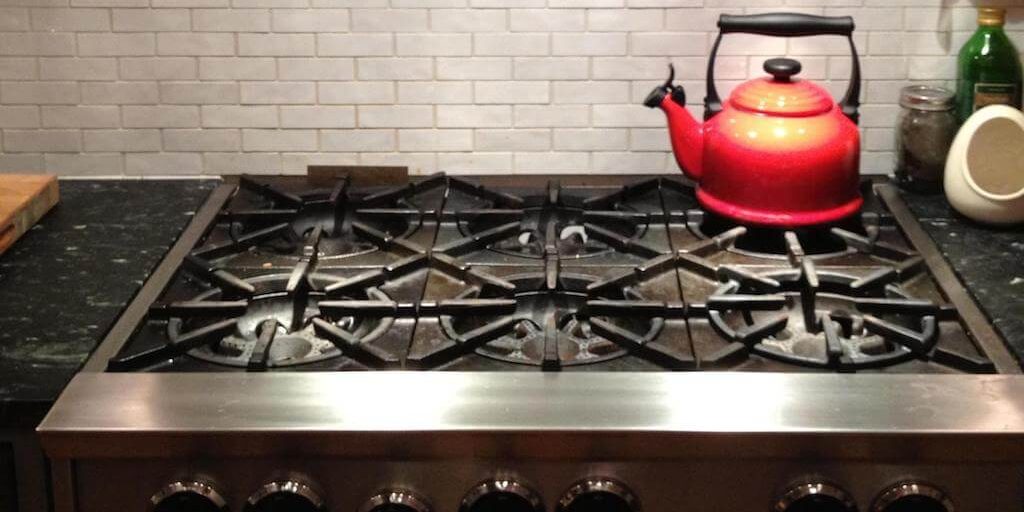 Chinese traditions abound around kitchens like making sure you always keep your rice urn full. The kitchen is a super-charged room. It’s the room everyone is always in every single day. It also stores your food, a source of both wealth and health.

One such tradition is the story about Zao Jun, who is also known as the “god of the kitchen.” Zao Jun who, when he was a mortal man, was called Zhang Lang and lived in the 2nd century BC. He was married to a good woman but then left her for someone younger. Because he left his first wife, who was dutiful and virtuous, he was punished with blindness and misfortune.

Eventually, his younger wife left him and he became a beggar. One day while begging, he came across his first wife whom he didn’t recognize because of his blindness. She took him in and cooked him a meal and took care of him. He told his wife his sad story of his life and his remorse for his misdeeds.

When she heard him apologize for how he’d wronged her, she told him to open his eyes and when he did, his sight was restored. But having seen his wife and her kindness to him even after his betrayal, he threw himself on the kitchen fire in shame for his actions when he was younger.

From this story Zhang Lang, the mortal, became known as Zao Jun, the god of the kitchen or god of the stove. It’s also why he’s often depicted in photographs between two women or with one woman.

For the Chinese there are many traditions based around the kitchen and stove that are important in feng shui too.

The kitchen is a symbol of how we care for ourselves and the way we treat our resources (food and money). The kitchen, in short, represents our wealth, and the health and well-being of our family.

Are we wise with our food, replenishing as needed and not letting food get old, stale or decomposed or our kitchen dirty?

Some people like to buy a lot of food and then throw it away. That’s wasteful, not to mention bad feng shui.

Some like to fritter their money on specialty food items that aren’t used very often and that also represents wasted money.

And then some buy what they need, eat it, and then replenish their pantry and refrigerators. This is a very good feng shui way to treat food, as it gives respect to the valuable resource that it is — and to our health.

Keep your kitchen god happy — and you more prosperous and healthy too — by observing these feng shui kitchen and stove tips.

Watch for clashes of fire and water.

The stove, in particular, is the source of the fire, the ability to transform our food to nourishment and delicious meals. Avoid keeping pots of water, such as teapots on the stove. It’s important that the fire energy of the stove remains strong, but not too strong. Water left on the stove, such as in a teapot represents the fire being put out on the stove.

Utilize all your stove’s burners.

We often use one or two burners on our stoves, but try to avoid that. Use all the burners regularly to keep the stove energy strong in your home.

This is vital. If your stove and oven are dirty and grimy, they impart negative chi to your food and that brings down your personal energy, prosperity and the chi of your food.

When you cook with pots and pans that are damaged, you impart that damaged chi to your food, making it less appealing to you. The damage extends to the food that’s cooked in the pans. Further, scratched non-stick pans can actually be dangerous and leach the non-stick coating into your food. Throw them away.

Move the kitchen trash away from the stove.

The stove represents clean, new, healthful food. Your kitchen trash can represents unused, old or rotting food. Keep them away from one another.

Make sure the stove and sink don’t face one another.

This can cause the man and woman of the house to fight and argue. Although popular in decorating and design circles, this is a taboo in feng shui. Hang a faceted crystal between the two, and if there’s room, consider adding an island here with a stone top to stop the bickering and the clash of fire and water.

A stove represents the hearth and fire in a home. For that reason, keep a small nightlight on in the kitchen even during the nighttime to represent the burning embers that provide heat and cook your food. A dark, cold kitchen represents ill health.

Throw away small bits of food.

Have a jar of jelly with just a tablespoon or two left in it? Avoid restocking your pantry or refrigerator with almost-empty jars. Either use the food up or throw it away. Almost-empty jars represents loss of wealth.

Be wary of too much fire.

Feng shui is always about balance. There can be too much of a good thing — like too much water or too much fire. Some feng shui experts recommend placing mirrors to reflect the stove’s burners in the belief that this doubles the food, thereby signifying wealth.

But this practice only doubles the fire element, not the food. If you want to double the food you see, place a mirror in the dining room instead. A little fire keeps the house warm and cooks your food. Too much fire can burn the house down and create arguments and tension. Keep your fire element under control.

Planning to go on a trip? 😍 These Feng Shui travelling tips will definitely help you make it more excited 👇Travel Rituals for Pleasure. For travel to the,🛫 South: drink one glass of water or wash your hands before leaving the house🗻 SW or NE: Carry a cowrie shell for protection or tie a red ribbon on the handle of your suitcase for protection while traveling, or display a conch shell in the NW for more travel luck. I think those would be good to add and something people would likely do🧭 W or NW: Light a candle (red is best) or some incense, pointing them in the direction of your travel💕 E or SE: Ring a bell six or seven times in the direction you are traveling just before you leave🏄‍♀️ N: Put dirt in a small cup and throw it in the direction of north. You can also point a quartz crystal in this directionRead in detail at redlotusletter.com/travel-feng-shui-brings-luck-and-protection/#redlotusletter #fengshuitips #fengshuikatie #fengshuilifestyle #fengshuiliving #fengshuiyourlife #fengshuiconsultant #fengshui #watertiger #LifeStyle #positivevibes #positivelife #positivity #positivelifestyle #lifestyletips #ImproveLife #life #tips #traveltipsandtricks #traveltips #travel #travelingram #travelblogger #traveladdict #travelawesome #traveldiaries #travellife #travelmore #travelgram #travelgoals #traveling #travelling #travelbloggers #travelporn #traveltheworld ... See MoreSee Less