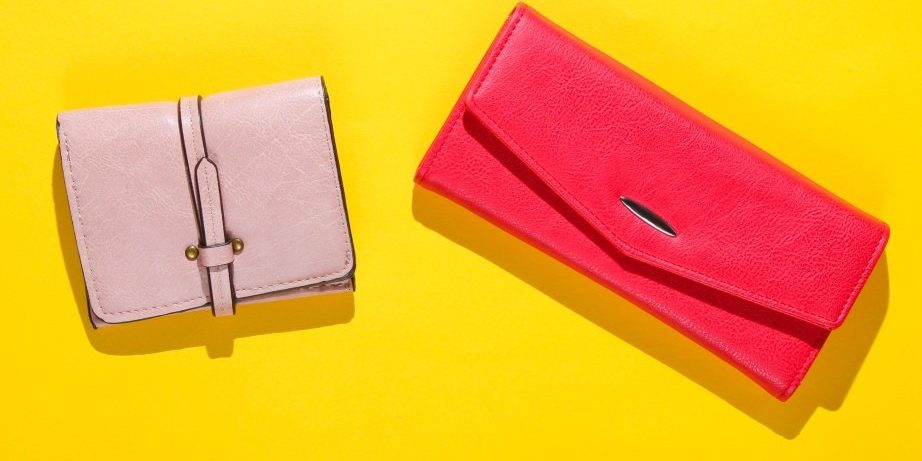 Money is a form of energy that is given and taken, spent and saved, acquired and lost. But, if you find that you have had a tough time holding on to your hard-earned cash, or that you have too little of it in your wallet, it could be you need some good wallet feng shui.

It stands to reason that if your wallet is a symbol of your finances, it’s a good idea to see what your financial symbol is actually symbolizing. Does it symbolize that money is hard to see? Or, worse, hard to get? If you can get into your wallet quickly, so can money. If you can’t money will have a hard time getting in there, too. Is there a perfect wallet out there with great feng shui? There are certain qualities that make some wallets better than others, that’s for sure.

These tips explain good wallet feng shui, including how to select a wallet that will work for you, helping you attract and hold onto more money.

Yep, you can bet that if you can see money, money sees you. If you have to play hide and seek with your cash, you can bet money is hiding from you. One of the best wallets is the wallet where you see your money as soon as you open it. Make sure that you can see your bills, coins, and credit cards easily, and then money will make sure it can get to you.

Is there a singular best wallet? Yes, there is, and that is the wallet that works for you and that works for your money. When you work for your wallet, meaning that it’s hard to see the bills, tough to dig out those one pound or Euro coins or quarters, then something is wrong. That’s your wallet working against you. If you can see your bills, get to your coins without using tweezers, and pull out your ID and your credit cards without breaking a nail, well, then, that’s the best wallet.

This wallet is neither too big or too small. When they’re too small, so is your bank account. A wallet with 15 or more credit card slots is too big. Too many slots and not enough space for bills means more bills, as in credit card bills. Look for a wallet that carries your most-used credit or debit cards. Less is more with credit cards. If you need more room for membership cards, like Costco or insurance, carry that in a separate card carrier.

This wallet is often called the continental style. This opens with a flap or a zipper and displays credit cards on either side of the paper money. Your bills are open and easy to see. There is often a divider for the small and large bills. The coin purse is usually zippered and may be in the middle.

Another variation of this wallet is called continental flap. This may have a snap front or a flap that lifts up away from the divided sections of the center. The flap usually has an ID area and open slots for credit cards. There will often be a divider for paper bills and a zipper or clasped coin area.

The continental flap with the kiss clasp coin section.

I can see everything – bills, coins, and cards easily — and get to my ID quickly. Here’s a quick tip, and one TSA agents comment on almost every time I go through airport security. Put a clear piece of packing tape on your ID and double back on it so it’s not sticky and is double-sided. You can pop your ID out of your wallet quickly and not bend your nail back or stand there trying to fight with it. For years, I have been buying the Ted Baker Matinee style wallets. They’re a good example of the continental flap style wallet, and they are so easy to use. Another benefit? They always have a sweet saying inside, like “See a penny pick it up for luck.” 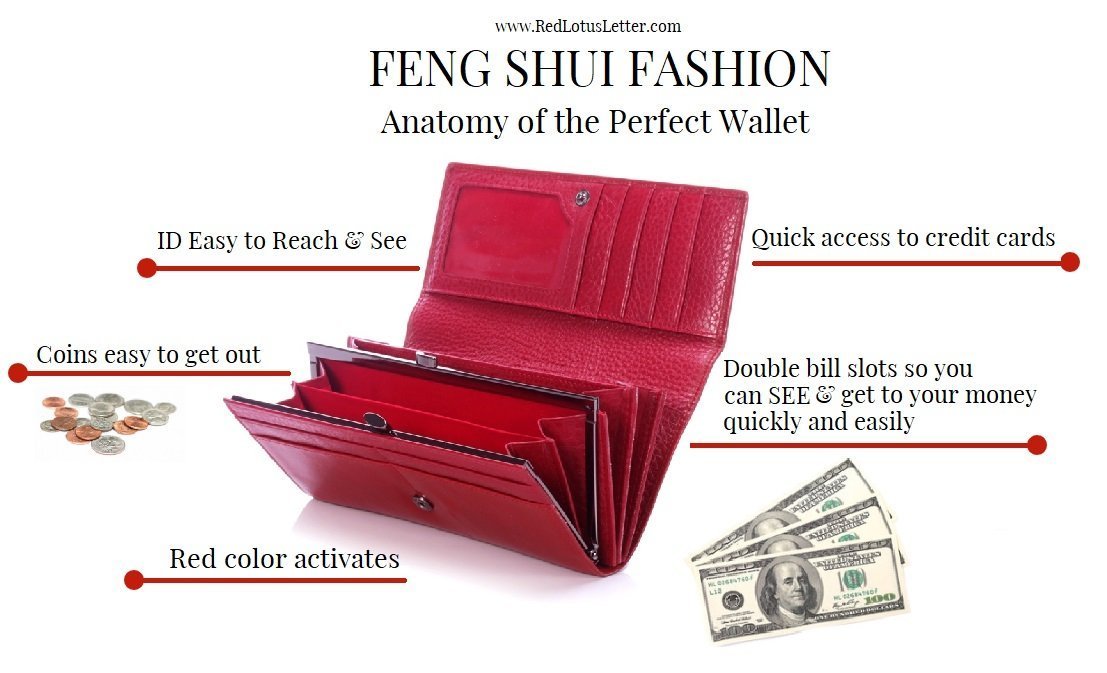 The wallet that I like best for men fits a lot of the same criteria that it does for women. It needs to be easy to use. The ID should be easy to get to, and I like the ones that have an ID flap for their ease of use. I also like a divided wallet so large and small bills can be sorted. As for double-fold or triple-fold, I think the double fold is more auspicious and more comfortable to sit on. I don’t like a man’s wallet to be too small, and the triple-fold makes the wallet too small and compacted.

Without question, the color has to be red. We want our money to be activated, working and excited! Red is the color that does all three of those things. A red wallet inside a woman’s purse also activates her handbag, so that’s a double benefit.

For men, it’s not always easy to find a red wallet, and for a lot of guys, carrying a red wallet might not be something they’d be willing to do, But, if you are a guy and you’re willing and a bit daring, why not? I’ve seen some men’s wallets that are black and red on the inside – that’s also a great combination because the red is where the money is.

The Front Door to Back Door Poison Arrow
December 3, 2019