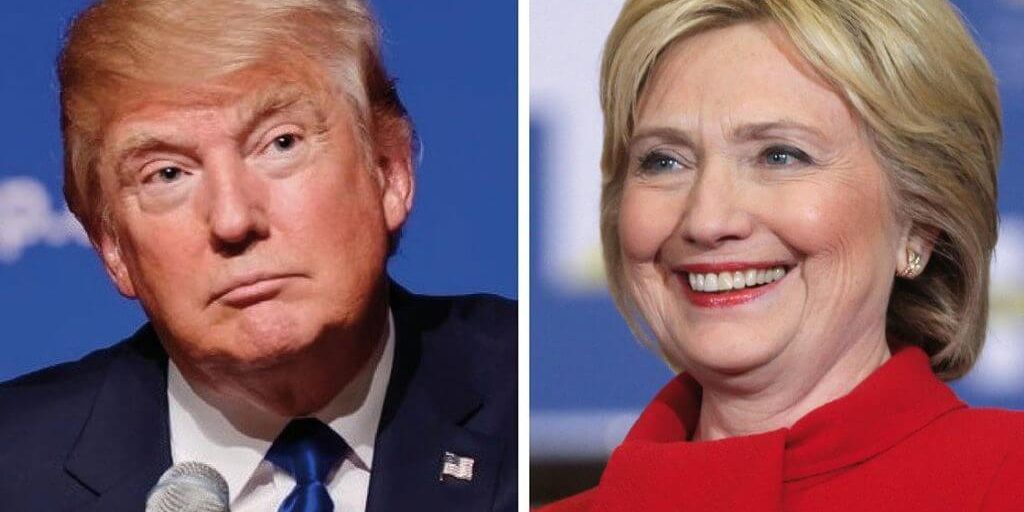 Please note that the following evaluation is based solely on feng shui and not my personal opinion.

In November 2016, Americans will go to the polls and elect a new president. Although for some folks, a feng shui prediction on the likelihood of either Trump or Clinton being elected is akin to reading tea leaves, it’s nonetheless a fun way to look at the two candidates running for the top job in the country and see how each fares energetically.

Using feng shui as a predictor, does Trump or Clinton have the better chance of winning the election?

In feng shui, there are six types of chi (qi) beginning with ripening chi followed by growing chi, improving, declining, dead, and killing chi. Each type of chi has its own energy and this energy often influences outcomes. Hillary Clinton is a boar or pig in the Chinese zodiac and Trump is a dog.

The current year of 2016 is a monkey year and 2017 will be a rooster. Both Clinton and Trump have rising chi as their personal zodiac signs are the signs of winter, and we will be moving toward that season when the election takes place, which is helpful for both candidates.

Besides their zodiac signs, the other factors to look at are their respective kua numbers.

The kua number is a number that’s based on the year and a person’s gender. Trump was born June 14, 1946 and is a 9 kua. Clinton was born in 1947 and is a 7 kua. Each kua number carries its own characteristics. The 9 kua is the sign of fire and fame, something that suits the publicity seeking Trump who has become known for his fiery rhethoric. The 7 kua of Clinton is a number that relates to metal and to ideas that are often revolutionary and globally-oriented, much like her famous words of “women’s rights are human rights.”

As for chi and the type of energy that both kua number possess, Donald Trump’s 9 kua time has passed and we may see that the summer, the time of the 9 kua, was when some of his most inflammatory statements were made. As time progresses we may see him simmer down in his rhetoric, and his kua number chi falls. Hillary, on the other hand, will have growing chi for her kua number and will be ratcheting up her comments and most likely become more outspoken.

With respect to age, Donald Trump is older than Hillary Clinton by a little over a year. For the year of 2016, and looking solely at their genders, it’s clear that in this year women have an advantage. Women in general are hosting the wealth and income star, making this a more favorable year for advances by women.

Men, on the other hand, are troubled by the anger star, and it is revealing that Donald Trump comes across with strong emotions that often creates severe reactions and anger that have become a hallmark of his presidential bid.

Lastly, and perhaps most importantly, the woman’s star is at the center of all the energies in the year 2016.

This bodes very well for a woman being elected president for the first time in American history. When all these factors are put together, it looks like Hillary Clinton is at a distinct feng shui advantage for winning the US presidency in 2016.

Would the world and the United States benefit more from a Clinton or a Trump presidency?

Feng shui relies on the concentration of energy and by compounding energy into our nation, we will help to lift not only ourselves but also the world. Of the two, Clinton has the greater improving chi of kua numbers, with her 7 being a number of ideas versus the personality cult that’s more like Trump’s 9 kua character.

Clinton and Trump are also quite different from each other in their zodiac personalities, although on the zodiac wheel, their respective signs of pig and dog are side by side, but that’s where their togetherness ends.

The dog, Trump’s sign, is loyal but is more likely to be concerned with its own interests and will bite when it doesn’t like something. When a dog is with you, it’s very loyal. When it’s against you, it’s ready to bite and growl.

This reactionary tendency is something that raises the concern over national security and whether he will be too aggressive or quick to anger. Worries regarding his ability to avoid becoming unreasonable in the face of a national crisis is something that has, pardon the zodiac pun, dogged Trump’s candidacy especially given his lack of international diplomacy and security experience.

As a pig, Hillary’s zodiac sign, the temperament leans more toward global and far-reaching concepts and concerns versus the more solitary dog’s perspective. This makes pigs natural leaders and they often seek to find positions of prominence, something that Clinton has done all her professional life. Because of her pig tendencies, she will also have a cool head as pigs are very cerebral but can often get caught up in their own thoughts and want things their way.

The current president Obama is an ox in the Chinese zodiac. After over 10 years of an Iraq war, initiated under the dog-signed George Bush, his stable earth qualities came into play and his earthy, relationship-building has helped stabilize a country that had been embroiled in a long, drawn-out war. When it comes to Trump, Americans may not be ready for another dog in the White House even if they agree with his ideas and may be ready for a cool head and progressive thinking pig.

Donald Trump’s strong male energy, dog-style anger and lack of international experience or forward-thinking, i.e, his backwards looking slogan of “Making American Great Again,” looks like it will make this dog flame out at the polls.

What does feng shui say about the vice presidential picks of Mike Pence and Tim Kaine?

According to feng shui, Trump and his vice presidential running mate, Mike Pence, are at odds energetically. Pence is a 5 kua and has earth energy. This drains Trump because Pence’s earth energy dampens Trump’s fire energy. Think of dirt that’s used to smother a fire. Pence will slowly stall Trump’s energy in a smothering, wearing kind of way. From a zodiac perspective, Pence, like Hillary, is a pig and will be more concerned with big-picture energies to Trump’s more pointed ideas and the single-minded objectives of his dog personality.

Clinton’s running mate, Tim Kaine, is a 6 kua and a dog, like Trump. However, unlike Trump, Kaine is 6 kua, the number of big metal and this matches well and supports Hillary’s small metal. As a matter of fact, his big metal is the perfect match for her own energies, and as a dog, he will be loyal to her, unlike a dog that’s in opposition to her (Trump). Hillary Clinton will see a running mate that stays by her side, but whose energies will complement and match her own on a global perspective.

Regardless of outcome, it’s always fun to see how feng shui stacks up. Don’t forget to vote. Every one counts!